All orcs great and small

December 05, 2013
Regular readers will know that the 'Chaos Army' I'm building for Warhammer 3rd Edition is going to have a load of green skins along for the thrill of battle. I've already built up a unit if black orcs and I'm building up some units of hobgoblins and half orcs (slowly). However I also want some if the traditional greeny-meanies and so I've been keeping an eagle eye out on eBay for some likely lads. What I've ended up with us a series of orcs from four different companies. The only thing that bind these disparate goblinoids together is that are in fact, orcs and they were all sculpted by the legendary Kev Adams! 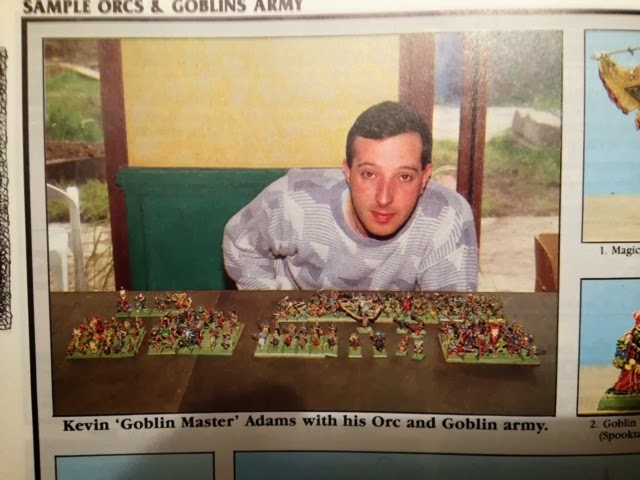 Kev in a page from warhammer armies.
The latest orcs through the letterbox (actually, hidden behind a bin at the back door) are these ones from renegade. 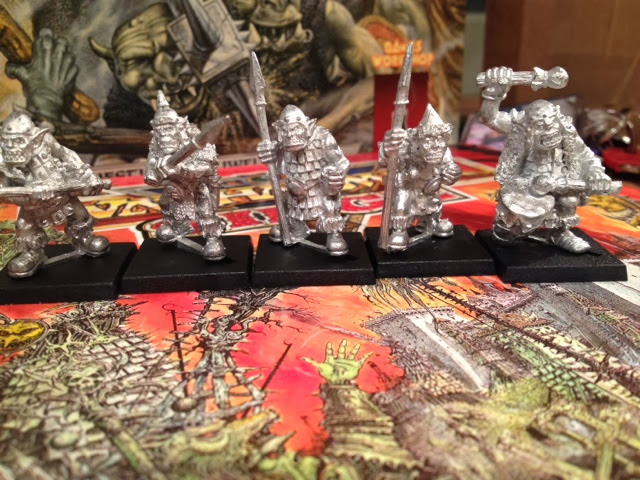 I only managed to get these five as renegade have recently closed their doors (apparently temporarily). They are really nice figures with lots of character and apparently they have even more sculpts that were never released so hopefully we'll get to see them again one day.
The next lot are from Heartbreaker. 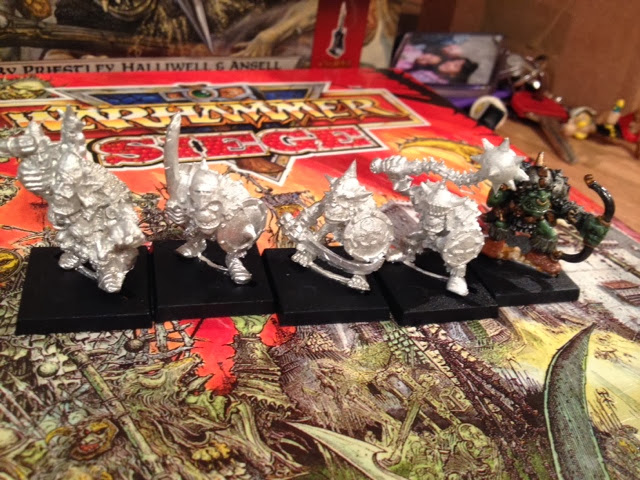 Heartbreaker are long defunct but these figs are still available through ral partha Europe. They are much more diminutive figures and a bit more cartoonish than the renegade ones. However they do have lots of character and I particularly like the shaman with either a grit or an orc pup on his shoulder. 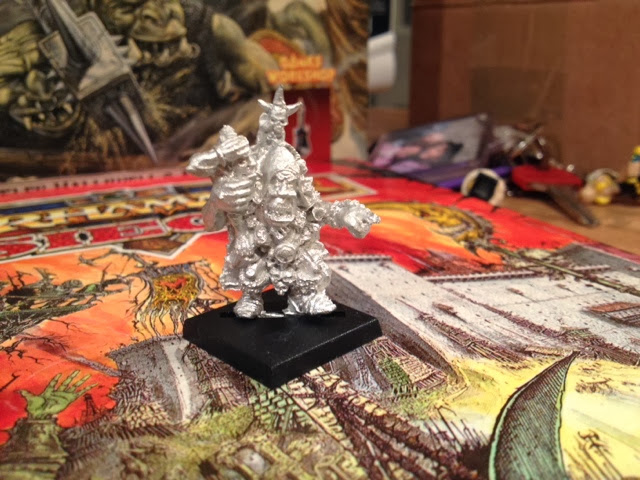 I also got a load of the old Harlequin orcs. 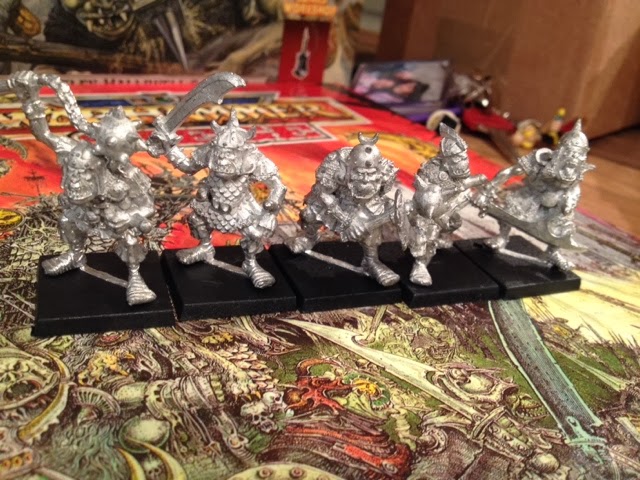 These guys are big, lanky and mean. The faces are closer to the renegade figs and they all have big mean weapons and are stalking forward look to bash some stunties. They are still available through Black Tree Design.
Now, obviously, we need to see how all this lot go together. 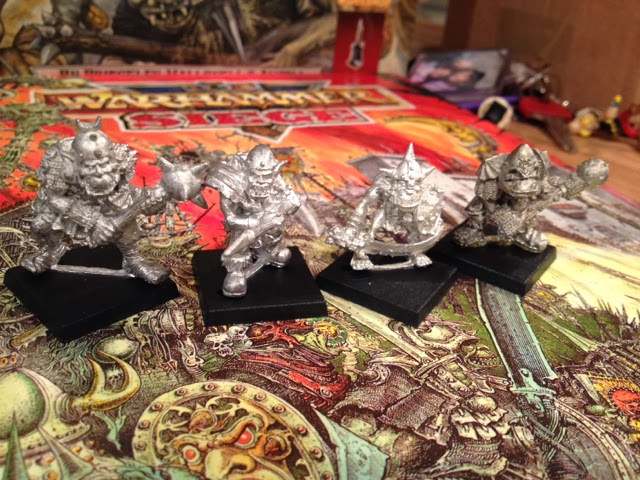 Here is, Harlequin, Renegade, Heartbreaker and Citadel.
As you can see, there is a fair range of size and body shape amongst the figures. From the Harlequin figures that are as big as Black Orcs to the heartbreaker ones that could pass for big   goblins. I was surprised by the difference and, for a while, wrestled with how to put them into workable units. I considered building a unit of big ones and unit of boys or using some as Black Orcs. Thoughts of orcy anthropometric data kept me awake at night. Then I read the what Warlord Paul posted about role-playing your army and in particular, his section about Orcs. This reminded me that Orcs are supposed to come in all shapes and sizes. Before GW turned the orc horde into standard sized plastic, orcs varied as much as the common dog! And so I decided that all my orcs, great and small, would be going to war in ragged non-uniform mobs! 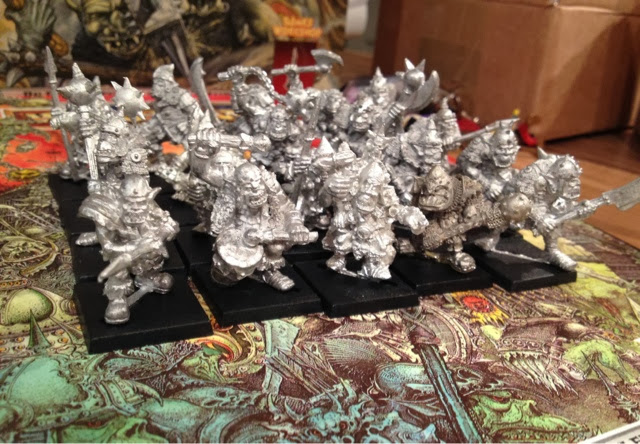 And I think it works!
Here's another mob with a load of classic citadel figures mixed in. 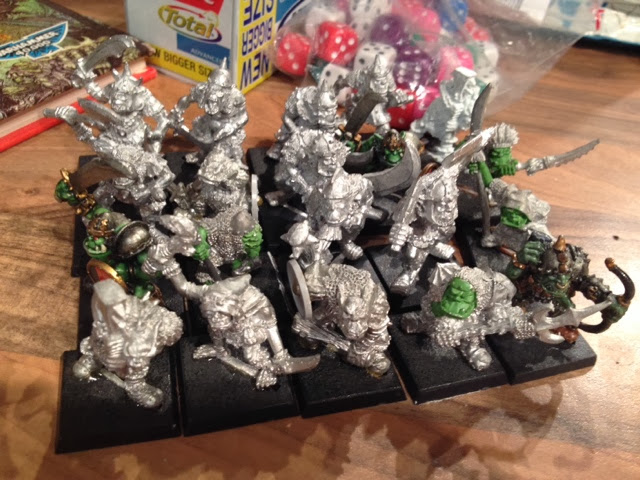 So, my orcs are going to be a ragged bunch of squabbling greenies. Just like they're supposed to be! All thanks to Mr Adams!
Cheers!
Oldhammer