November 09, 2013
I've got a funny relationship with GW and my recent dabblings in the wonderful world of oldhammer have kind if highlighted this.

I played warhammer and 40k when I was between the ages of 11 to around about 15 or 16 (I'm not quite sure, it is a long time a go!) this means that Rogue Trader had been out for about 6 months and 3rd edition warhammer for a bit longer. I remember my first white dwarf being 101 and my last being about 140 (again not 100%) and being bored of it being simply a monthly catalogue!
I was reintroduced to the "hobby" by a mate that had never given up when 40k was well into its 4th edition and I've never gotten back into warhammer ( apart from its historical versions).
Because of this I have no real connection with games like Necromunda, Gorka-morka, Battlefleet Gothic, inquisitor and Mordheim. I have rediscovered them all since of course but my one real memory of GW's alternative games was one that wasn't even properly released.

I have a very clear memory of playing Confrontation in a classroom at school during lunch time and really enjoying it. I loved the open feel of the game and the marvellous background written and pictured accross half a dozen editions of white dwarf. 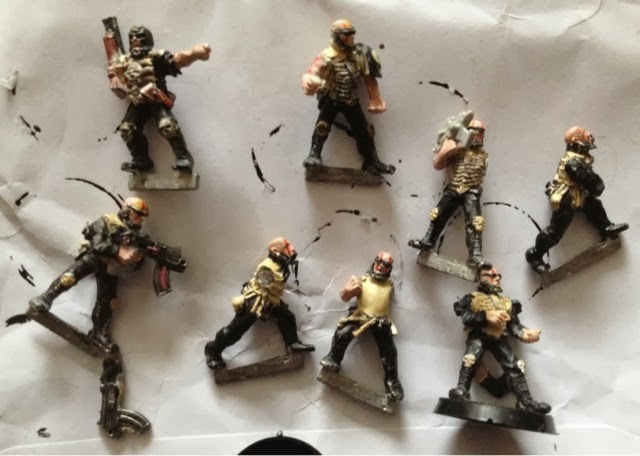 I've recently found my old gang again (when I say found, I mean rescued from my mates eBay pile!)

When I got back into the hobby I was surprised that confrontation had never been released. After getting copies of inquisitor and necromunda I obviously realised where all the rules and fluff had gone. Rules wise inquisitor is very similar to confrontation and obviously the world created for the game has gone on to be used for necromunda the game along with the idea of gang warfare based skirmish combat. 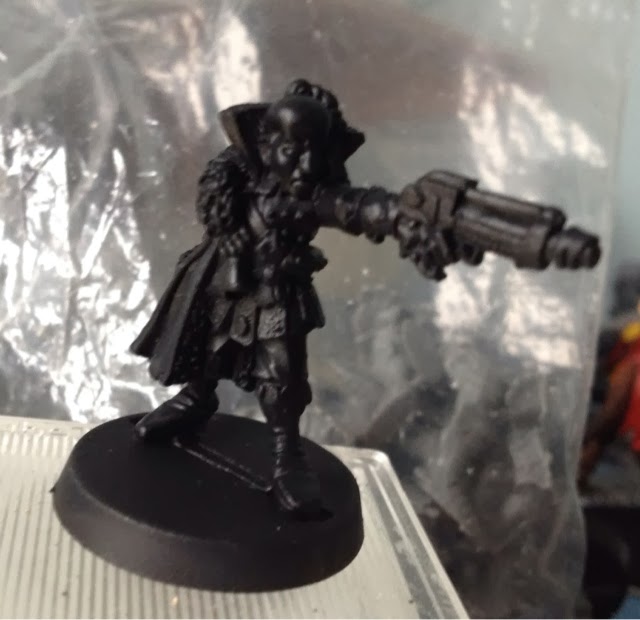 Psyker gang figure, from what I know of only sold at a US games day. But I could be wrong.

I managed to get a copy of the transcript for the never published Confrontation complete rules and they would have been a brilliant set. In common with GW publications of the time, they are full of tables, different weapon types have different damage charts for instance and they obviously need streamlining a lot to enable the game to work well. No doubt one of the reasons it never actually saw the light of day.
One of the cool things in the transcript is a rumour generation table, similar to the scenario generators in Rogue Trader and Warhammer Siege, which gives you a loaf of reasons for your gangers to go off a pillaging and a killing!
So why am I going on about confrontation? Well, a bunch of guys, including John Blanche, got to together and played a game if Confrontation at Warhammer world recently and it looked amazing.
http://spikyratpack.blogspot.co.uk/2013/10/squished.html
This made me want to accelerate my plan for more gang members to go along with the white haired ganger from previous posts. So in the couple of days before our wedding I knocked up these guys. 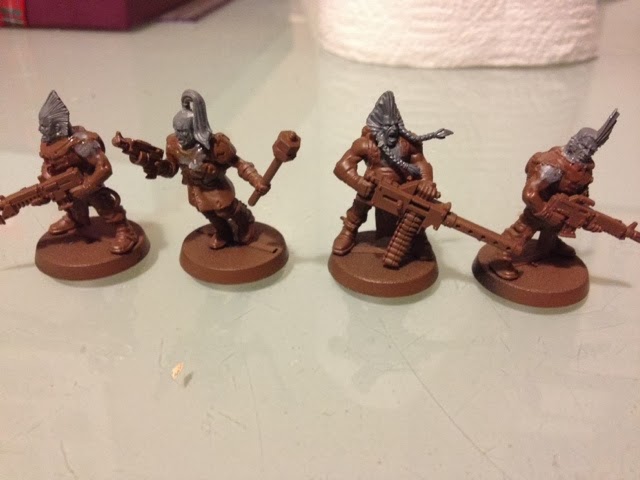 And I'm going to put together some tech gangers as well. And do you know what? I'm going to try and have a game of Confrontation! Any body fancy it?

Oh, and just to prove that I haven't gotten completely sidetracked. Here's the current state of the Black Orcs. 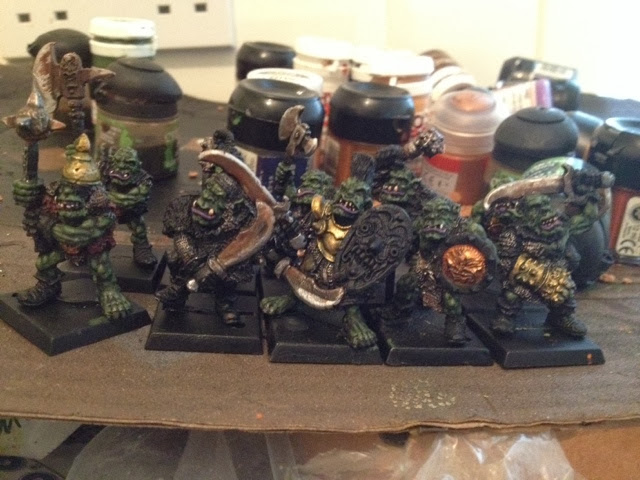