November 19, 2016
Some times you get an idea in your head and you aren't satisfied till you get something down on paper, or in this case Blogger.

It occurred to me, while I hoarded figures for potential games in the 2nd Edition version of Lustria, that if you were playing games in the jingly jungly world of the Slann, that you'd be hampered a bit by the need to have blocks of infantry. You'd be better off in skirmish formation or having figures treated individually (which is something I do a lot of when playing RT). Then it occurred to me that that would be a great way to play Warhammer generally.....and then!...of course....you can already do that! Mordhiem!

What if you used the Mordhiem game template to play games in the Lustria of Sven, Rigg and Kremlo? 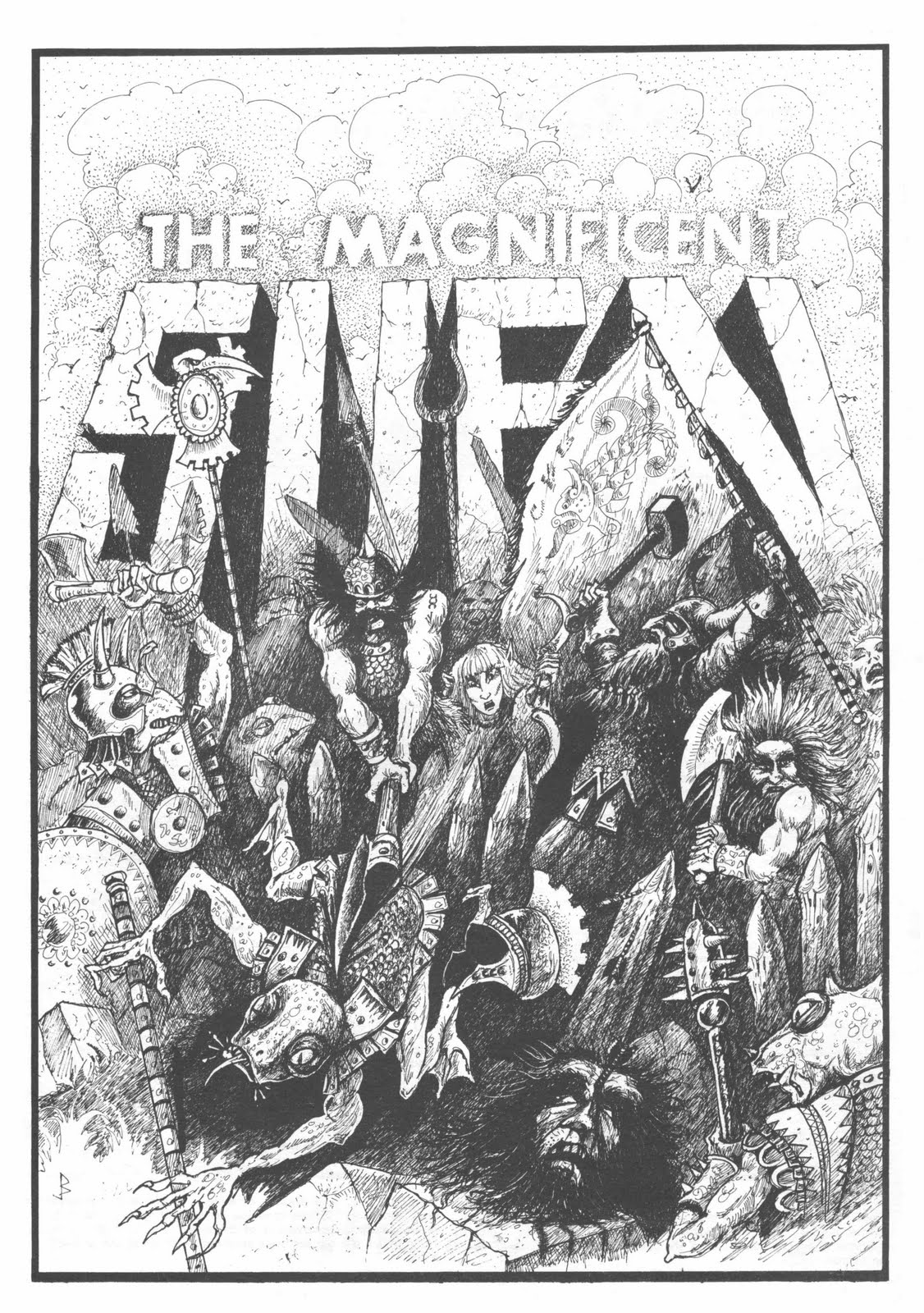 They way I see it, there are hundreds of old worlders flocking to the settlements on the Lustrian coast looking to make their fortune. In amongst the taverns and dives of the new towns there would plenty of skilled (and not-so skilled) adventurers that would be only too keen to take the crowns of any fool willing to mount an expedition into the hinterlands of the continent.

So I mocked up a gang sheet for a Lustrian adventuring band, giving the options to mix in Old Worlders, Norse, Dwarfs, Halflings, Elfs and the odd Amazonian. 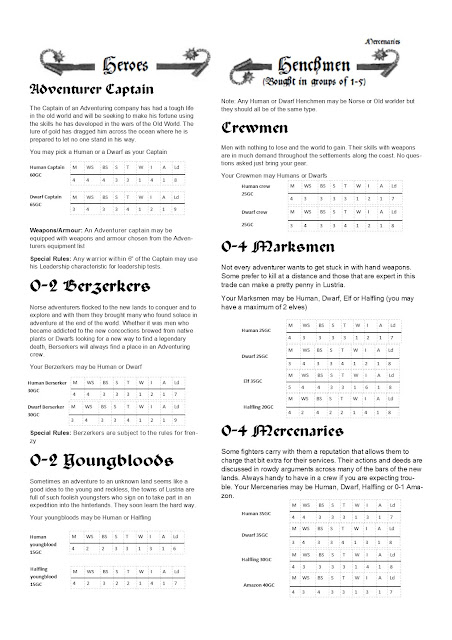 If you use the standard mercenaries weapons chart and skills chart from the Mordhiem book then you've got all you need to rob a slann Pyramid or two.

Of course it wouldn't be the world of Warhammer if some bugger hadn't gotten there before me.
This edition of Town Cryer features adventures in Lustria and you can find a bit more detail here. Essentially these guys (I think they were from the states) had a whole load of gangs worked out and played a campaign or two based on their lovely Lustria scenery. They were basing their games on contemporary fluff though and i'm playing temporal hopscotch with mine so I'm still calling them different (if only from close up!)